A Bank of Canada rate cut as early as September 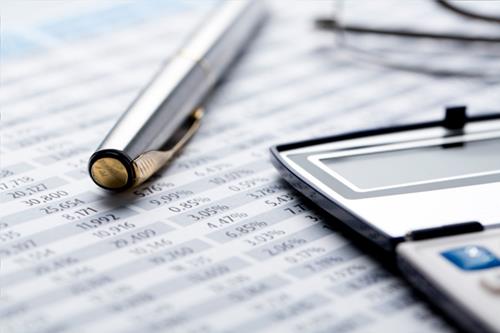 More economists are coming around to the view the Bank of Canada will have to cut rates this year, with a move as early as September looking increasingly possible.

A slowing Canadian economy, along with a deterioration in global demand and growing trade tensions, suggest a downward move from the central bank is likely to happen more quickly than currently accounted for, according to David Doyle, an economist at Macquarie Capital Markets in Toronto.

Implied odds show investors are assigning only a 20 per cent chance of a cut at the central bank’s next decision on Sept. 4. One rate cut by December is fully priced, as is one more cut by June next year. That may not be quick enough, especially with the country’s yield curve inverting to the point that historically has presaged central bank easing, Doyle said.

“In the event that we are heading into a global recession and things turn ugly and you get rising unemployment rates globally, then Canada is going to have to ease, maybe even more than the U.S.,” Doyle said in a telephone interview.

Macquarie is assigning a more than 50 per cent chance of a cut in September, plus another cut in October.

Scotiabank also revised its rate outlook last Friday, predicting one rate cut this year from the Bank of Canada no later than at its Oct. 30 decision, and as early as Sept. 4. A second cut would come early in 2020. It based the revision on the view the U.S.-China trade war will persist through Donald Trump’s presidency.

“Risks to the Canadian economy are on the rise,” Jean-François Perrault, Scotiabank’s chief economist, said in a note to clients. “Dependent as it is on international trade, Canada cannot be immune to the rising tide of protectionism.”

“We now believe the Bank of Canada will follow those that cut rates to insure against potential damage,” Perrault said.

Economists and markets have been expecting fewer moves, and a slower pace of cutting from Canada, for a number of reasons. The nation’s economy probably grew at a faster pace in the second quarter than the 2.3 per cent forecast by the Bank of Canada in its July monetary policy report. Interest rates also remain stimulative in real terms, unlike the U.S., and the inflation rate is bang-on the central bank’s target.

But historically it’s also rare for Canada to be so out of sync with the Fed, which has already cut its policy rate once and is seen moving again three more times over the next six months.

As of Aug. 16, implied odds based on cash forward rates show investors are pricing in 37 basis points of easing over the next six months for the Bank of Canada, versus 81 points for the Fed. The discrepancy in expectations for Canadian and U.S. policy moves has been averaging the widest since 2010.

Regardless, Doyle expects the domestic economic data to make a turn for the worse in the next few months. Inflation pressures are likely to moderate, particularly as mortgage costs fall, business investment looks uncertain, and inventories have built up to recession-era levels, all of which point to a softer second half for the Canadian economy, Doyle said in a recent research report.