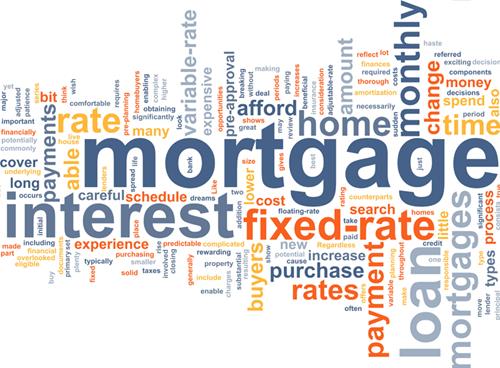 The Bank of Canada held interest rates steady at a meeting Wednesday but expressed heightened concern about an economy that has slowed more than expected, suggesting officials are becoming less confident in a year-long holding pattern.

While the Ottawa-based central bank kept its policy rate unchanged at 1.75% for a 10th-straight decision, it acknowledged the domestic weakness at the end of last year is already spilling over into 2020, and could even persist. They also raised estimates of slack in the economy and dropped language about the current rate being appropriate.

The comments are a departure from recent communications in which officials sought to accentuate the positives of an economy that had been running near capacity and was deemed resilient in the face of global uncertainty. While Wednesday’s decision still leaves the Bank of Canada with the highest policy rate among major advanced economies, markets may interpret the statement as an attempt to at the very least open the door for a future move.

“In determining the future path for the Bank’s policy interest rate, Governing Council will be watching closely to see if the recent slowdown in growth is more persistent than forecast,” policy makers led by Governor Stephen Poloz said in the statement. “In assessing incoming data, the Bank will be paying particular attention to developments in consumer spending, the housing market, and business investment.”

Canada’s currency reversed gains on the decision, depreciating as much as 0.4% to C$1.3113 against its U.S. counterpart at 10:03 a.m. Toronto time. Two-year government bond yields dropped 4 basis points to 1.58%. Investors ramped up bets for a rate cut over the next year, assigning almost a 100% chance of a move by December. That’s up from 80% yesterday.

“Sitting comfortably with an economy near full employment and the 2% inflation target, there was no pressing reason for Governor Poloz to get up from his easy chair today, but the Bank is now a bit more worried that it will have to act,” Avery Shenfeld, chief economist at CIBC World Markets Inc., said in a note to investors.

It’s the first time since April the central bank didn’t describe the current rate, or the level of stimulus, as “appropriate”.

The change in tone since the Bank of Canada last released quarterly forecasts in October reflects a shift in growth risks over that time, from global to domestic. While the central bank three months ago was highlighting the nation’s resiliency to elevated international risks, since then domestic economic concerns have come to the forefront.

The central bank also seems to be entertaining the idea that underlying factors may be behind the slowdown, rather than temporary factors.

“During the past year Canadians have been saving a larger share of their incomes, which could signal increased consumer caution,” the bank said.

While noting there were special factors like strikes, poor weather and inventory adjustments playing a role, the central bank also acknowledged that the weaker data could be a result of a bigger spillover into Canada than previously thought from global weakness and other factors that are making consumers more cautious.

The central bank also said that despite signs of stabilization in the global economy, there remains a “high degree of uncertainty and geopolitical tensions have re-emerged.” While the Canadian economy remains resilient, they said indicators since October have been “mixed.’

The near-term slowdown coupled with a slight upward revision to potential growth prompted the central bank to increase its estimate for the amount of slack in the economy -- from about 0.25% of output in the third quarter to about 0.75%.

Long-term estimates were mostly unchanged from October, with a slightly lower growth forecast in 2020 of 1.6%, but 2021 faster than previously forecast at 2%.

This suggests the base case scenario at the bank remains that the slowdown that began in the second half of last year will be temporary. Still, given the worse near-term outlook, the forecasts also suggest policy makers expect the economy won’t be in a position to start eliminating slack until the end of this year.

The Bank of Canada anticipates that over the next two years household spending will pick up, helped in part by a recent tax cut, as will exports and business investment. It also anticipates inflation will stay around the 2% target over the projection horizon.

“While the output gap has widened in recent months, measures of inflation remain around 2%,” the bank said. “This is consistent with an economy that, until recently, has been operating close to capacity.”