The era of higher mortgage rates was short-lived

Those renewing or about to renew their mortgages can breathe a sigh of relief: The era of higher interest rates appears to have been short-lived.

Renewal rates were 30 basis points lower at the end of June relative to five years ago, according to RBC’s analysis, the first negative reading since September. 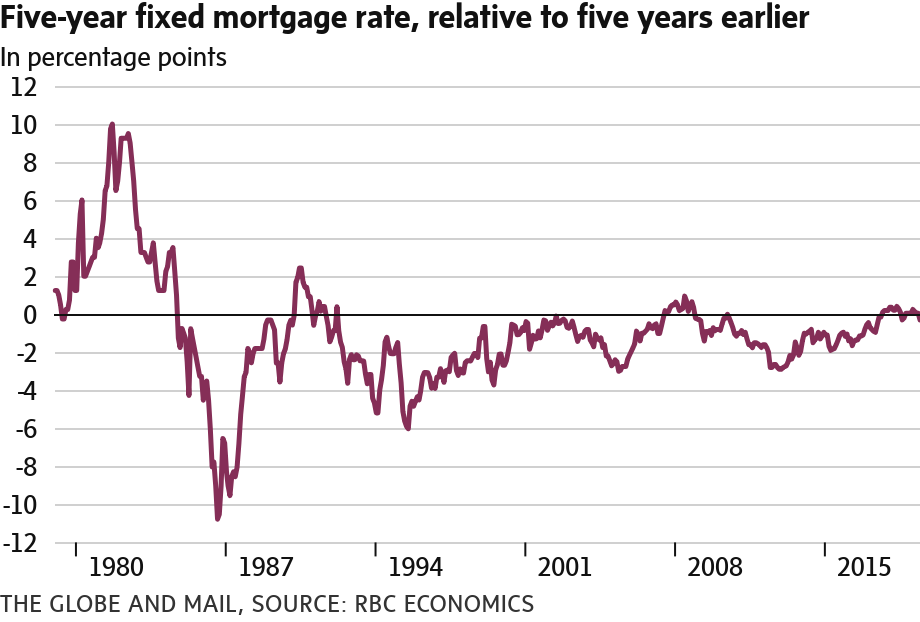 For Canadians that bulked up on mortgage debt, a shift in lending conditions ensures that many households will avoid a nasty rate surprise that takes a bigger bite out of wallets.

Two years ago, the landscape looked very different. The Bank of Canada hiked its key rate for the first of five times, ushering in tighter lending conditions, and bond yields were heading higher. Mortgage rates increased, and the renewal spread (the latest mortgage rate minus the rate exactly five years before) turned positive in September, 2017 – the first time that had happened in nearly a decade, according to RBC’s analysis.

Many expected that trend to continue. In a 2018 report, TD Economics forecast the effective interest rate on outstanding mortgages to rise about 95 basis points from the third quarter of 2018 through the end of 2020. (A basis point is 1/100th of a percentage point.)

“About a quarter of fixed rate mortgages come due for renewal every year,” TD economists wrote at the time. “So, in about four years’ time nearly all households with a fixed-rate mortgage will face a higher interest rate.”

But there’s been a notable shift in monetary policy. Given a spate of mediocre economic data, the U.S. Federal Reserve is widely expected to cut interest rates at the end of July, and the Bank of Canada’s hiking cycle is on indefinite hiatus. Five-year bond yields, which influence five-year fixed mortgage rates, have crumbled this year. 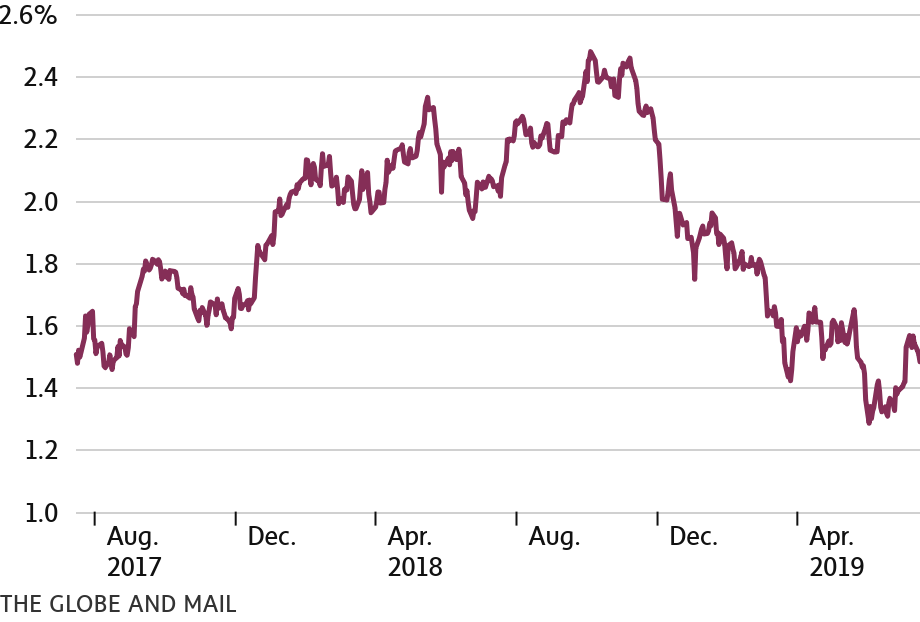 As a result, there’s been a “pretty dramatic pullback” in those mortgage rates, amounting to roughly 70 basis points, according to a recent note from BMO Nesbitt Burns.

“In fact, Canadians are now looking at rates that are not much higher than the cycle lows,” said BMO senior economist Robert Kavcic.

In RBC’s analysis, the market rate for a five-year fixed mortgage is derived from posted rates minus the estimated market-wide average discount.

Source: The Globe and Mail